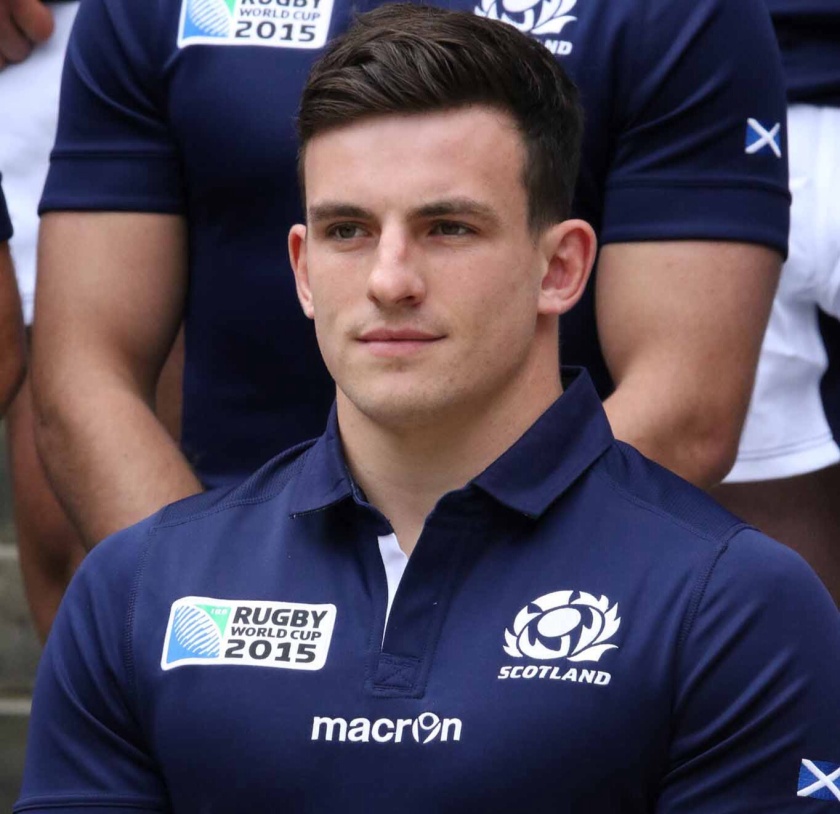 Now that the dust has settled on a RWC campaign that at times promised very little (but in the end nearly delivered Scotland’s best performance for 24 years!) it’s time to start looking forward and consider what shape the squad might take over the next RWC cycle. We’ll work our way through the players, position by position, before ultimately coming up with a possible squad for Japan 2019. First up – the outside backs.

It will be no surprise if Stuart Hogg is our 15 for many years to come – he showed a bit of everything during the World Cup, most of it good, with footwork that can take him clear of any defence, a booming kick from hand and solid cover tackling. Unfortunately there was some pretty desperate passing too – get it sorted please Hoggy! It would be good to see him taking on more of a leadership role within the squad and leaving behind the last vestiges of immaturity. He also needs competition for his place to keep him on his toes and to force him to continue to raise the level of his play. Sean Maitland’s move to London Irish is expected to see him get more game time at FB and it’s a position he has all the skills for. I’d still expect our first choice back 3 to contain both players in the short to medium term but it will at least give Hoggy something to think about. Greig Tonks and Peter Murchie are solid backups but just can’t reach the levels we’re going to need consistently (particularly in attack) if we’re going to push on from the RWC performances and win games more consistently in the Six Nations. Ruairi Howarth was a lively presence for the under-20s last season although for the big games in the Junior RWC, Sean Lineen went with Blair Kinghorn at full back. As we’ll see in when we come to stand offs, however, Kinghorn could well be the man to challenge Finn Russell so he may be more likely to be sighted in the 10 shirt for Scotland.

After 14 seasons it may well be time for Sean Lamont to sign off on a memorable international career – which may have the added benefit of giving him an extra season or two with Glasgow. Sean Maitland and Tommy Seymour are a good combination with different skill sets (an all-rounder and an out and out poacher with an eye for a gap) although Sleepy Sean would probably like to be scoring a few more tries. Tim Visser seemed to be rediscovering his mojo at the RWC after a rather flat season and it will be interesting to see if playing for Harlequins in the Aviva reinvigorates him. Damien Hoyland has been looking the part for Edinburgh in the early rounds of the Pro 12 – hopefully the men from the capital can continue to play a slightly more expansive game than they have in the past couple of seasons and get him into games to showcase his skillset. Junior Bulumakau has come from nowhere to potentially be the next cab off the rank on the wing but he’ll need to buckle down and get some decent game time under his belt for Glasgow before he becomes a serious option. Longer term Ben Robbins is a flying machine who packed in sprinting to focus on rugby and has already benefited from a summer in New Zealand on the McPhail scholarship. Another new Harlequins signing, Robbie Nairn is a different type of prospect altogether – already over 100 kilos at just 18 he will provide a powerful presence out wide in future.

Alex Dunbar may be one of the most crucial figures in the Scotland backline over the next RWC cycle. You can play him at 12 and partner him with Mark Bennett, or shift him to 13 to allow Matt Scott or Peter Horne to play their favoured role and he doesn’t skip a beat. The defence functions better with him in the line and he brings extra physicality to what is otherwise a fairly lightweight set of backs. Scott will hopefully now get the chance to get himself 100% fit with Edinburgh (and pray Alan Solomons doesn’t continue pushing him out to 13 so he can keep squeezing Andries Strauss into the line-up). Back at Glasgow, Bennett will hopefully continue to metamorphose into the Scottish BOD (mainly by working on his defence and defensive alignment) and Horne will carry on creating attacking opportunities out of nothing and tackling everything that moves. Chris Dean has an opportunity to stake a claim given there’s slightly more space in the centres at Murrayfield and has already shown an eye for a gap in his early outings for the capital club. With Dunbar, Bennett, Horne and Richie Vernon all at Scotstoun there aren’t going to be many opportunities for a young midfielder to break through. Having said that if you’re looking for outside bets to appear in the dark blue jersey keep an eye out for Sam Johnson (who will qualify on residency before the next tournament and physically looks like the closest like for like cover for Dunbar we’ll have available) and Nick Grigg (recently arrived from New Zealand – he may only be 5’9″ but he’s a wee barrel of a player with plenty of power and skill).