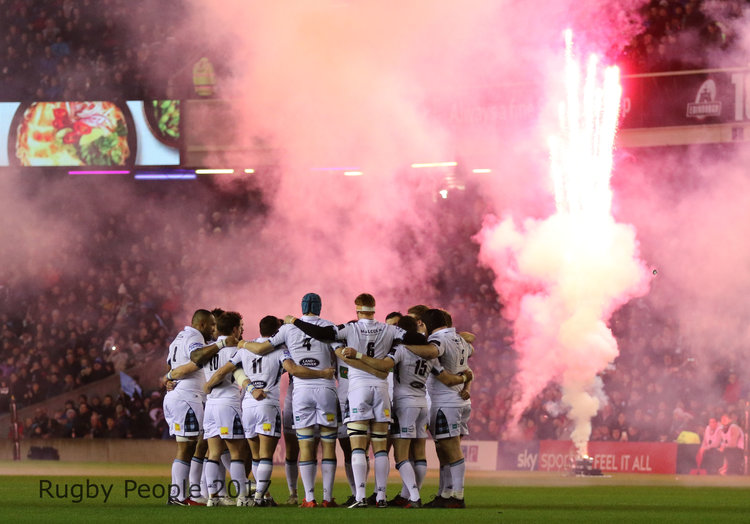 It’s time for the 2nd leg of the 1872 Cup. With the trophy being played out over a 3 game series for the first time Glasgow will probably need to win the remaining games to retain the silverware. The primary concern for both sides is still likely to remain league points though with the Warriors seeking to maintain their buffer over Munster and Edinburgh now seriously looking at a chase for the playoff spots in Conference B.

Glasgow Greetings / Edinburgh Introductions:
Jordan Lay and Elliott Millar-Mills are in line to not only make their first 1872 Cup appearances but also their club debuts for Edinburgh. They will become the 14th and 15th front rowers to feature for the capital side – in only their 16th match of the season! George Horne is the only Warrior never to have experienced an inter-city clash before.

Once A Warrior / Erstwhile Edinbuggers:
For the second week running Lee Jones and Fraser McKenzie are the only men (out of a total of 11) with experience of playing for both clubs who will feature in the game.

Warriors One to Watch / Edinburgh Ego to Eyeball
In a youthful Glasgow pack Matt Fagerson is the youngest of all – in fact he’ll still be eligible for Scotland u20s in 2018 (and may well captain them in the 6 Nations and WR Championships). Despite that this will already be his 15th appearance for Glasgow and he’s shown a massive appetite for hard graft – no-one in the squad can top his 30 carries + tackles per game this season.

In opposition to Matt will be a very different style of player – Viliame Mata. It’s taken Bill a wee while to settle into things at Edinburgh (not helped by a late start last season and visa issues at the start of this campaign) but then it also took a certain Leone Nakarawa some time to find his feet in Scotland and look how he turned out! The Flying Fijian loves breaking out into the open field – he averages 4.8m per carry which is more like a centre than a back row.

The Glasgow v Edinburgh fixture in the PRO12 era

For some stats from last season’s fixture check out On Top Of The Moon’s page in the matchday programme!

Key stats from last week:
The good
418: Metres run with ball in hand by Glasgow – over 120m more than their opponents. Despite some issues with possession (see below) the Warriors still created enough opportunities to win the game – but failed to take them. Even against a full complement of Edinburgh players there is every chance that Glasgow will still be the team running the ball and covering more ground. If they don’t take their chances it will (again) mean nothing though – especially if the opposition remain as clinical about converting their own opportunities.

The bad
38: Percentage possession for Glasgow. Edinburgh were careful and considered when they had the ball, controlling the amount of work their short-handed side had to do. The Warriors by contrast seemed to flip flop between trying to play a tactical kicking game or being desperate to cut Edinburgh open on early phases. More patience will be required on Saturday to try and break down one of the league’s stuffiest defences.

The ugly
17: Number of turnovers conceded by Glasgow – one per 5.6 carries (the worst return this season). With possession at a premium due to the nature of the game Edinburgh were forced to play in order to survive the Warriors could not afford to be profligate and simply hand the ball back – but that’s what happened all too frequently throughout the first 1872 Cup match. Dave Rennie will expect far better protection of the ball this weekend, along with superior execution of skills to reduce the amount of wasted possessions.

Mr. Adamson’s record in Warriors’ fixtures over the past 4 seasons:

Mr. Adamson is fast becoming a PRO14 regular with appointments in 9 of the 12 rounds so far. Having also taken charge of Romania against Samoa during the most recent Autumn series it’s possible that within the next 12-18 months he could become the first Scot to take charge of a Tier 1 international in more than a decade.

On domestic duty Mr. Adamson tends to be pretty quick on the whistle and has blown up 48 penalties in 2 appearances at Scotstoun. His average for all PRO14 matches this season is 20 pens per game and he’s also dished out 11 yellow cards in his 8 matches so far. Both sides will need to be a little cautious in their approach, particularly until things settle down at the breakdown and scrum.