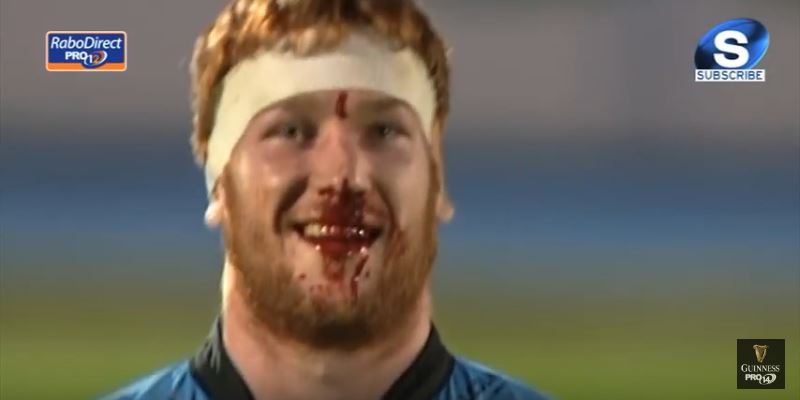 The joys of PRO14 action on Test match weekends – only 9 of the 30 players who started 5 months ago when these two sides met at Scotstoun will do so again in Cork. What should be one of the biggest clashes of the season, between the top 2 in Conference A, is relegated to a mere aperitif ahead of the 6 Nations. For the hard core fans though there’s still a lot riding on this game as both clubs battle it out for home draws in the Finals Series.

Glasgow Greetings:
It’s a first start for Oli Kebble and a welcome back to action for the man, the myth, the legend that is Richie Vernon. RV is in line for his 98th appearance for the Warriors and his first game time for the club in nearly a year.

Matchday Milestones:
On 19th April 2013 Graeme Morrison played his 177th and last game for Glasgow. Nearly 5 years later Rob Harley will make his 178th appearance for Glasgow and take over as the club’s most capped player of all time. It’s an achievement that’s worth celebrating – once all duties are done and the game is over of course!

It’ll be nice for Rob to have a coup!e of teammates alongside him in Cork who also played when he made his debut against Leinster in 2010. Ruaridh Jackson, Henry Pyrgos and Richie Vernon all started that day and are in the matchday 23 again this time round. Ryan Wilson and Pat MacArthur were the other current players to feature in Rob’s first game but won’t be in involved on Friday night due to international duty and injury respectively.

Warriors One to Watch:
The taller half of the Hornstings partnership (it’s going to catch on — trust me….) Adam Hastings might not have broken through in quite such spectacular fashion as his partner in crime George Horne but he’s quietly building his reputation at the club. The really big opportunities lie ahead of him with the departure of Finn Russell opening up the chance to stake a claim to being Glasgow’s first choice stand off.

Adam’s shown all the skills the Warriors’ faithful could want to see from a 10. He can play close to the line with the strength to carry ball up himself and make breaks. Last week against the Cheetahs he demonstrated a nice range of well executed tactical kicking. Throw in some nifty passing and the key attacking ingredients are all there. Now it’s about getting used to the step up in intensity for big European and playoff matches and getting his performances at a consistent level week in week out.

The Munster v Glasgow fixture in the PRO12 era:

0
Points scored by Glasgow in the first half – the only time they were blanked in the opening period last season. With the match coming less than a week after learning some harsh lessons from Saracens in the Champions Cup quarter-finals it seemed like Glasgow struggled to get started. Dave Rennie’s men will need to be out of the traps fast on Friday night if they want to stop Munster from dominating the game.

21
Turnovers conceded by the Warriors. Once Glasgow did get going there seemed to be an endless array of ways to kill off attacking moves by coughing up the ball in dangerous positions. No-one expects the club to move away from their high-risk, high reward style but they’ll need to hang onto the ball if they’re going to challenge the home side’s line.

27
Total number of lineouts in the game – the most in any match involving Glasgow during 2016/17. It certainly wasn’t a classic to watch – an understrength Munster side and an off the boil Warriors leading to lots of kicking to touch and playing for territory. The internationals may be missing but there are plenty of talented young (and old!) fellas who have the opportunity to put their hands up for future selections. Hopefully the teams will serve up some entertaining fare in Cork.

This will be the third time Sig. Mitrea has refereeed a Warriors’ match this season. So far in 2017/18 it’s been far more positive then previous experiences with the Italian official. Almost even penalty counts against Ospreys (at home in PRO14) and Leinster (away in the Champions Cup) compare favourably to some lop-sided efforts in the past. Both yellow cards in these games went against Glasgow’s opponents – a real improvement given 6 of the 7 sin bins noted above were for Warriors’ players.