Gregor Townsend has picked a 33-man squad for the upcoming Test matches against Canada, USA and Argentina. This will be the second summer tour of the Toony era and another chance to extend squad depth and take a look at players who might break through before the 2019 Rugby World Cup. Here’s the On Top Of The Moon summary of who’s in and who’s out since the final selection of the Six Nations.

The previous training squad was 38 strong so while 16 players drop out only 11 men are called up to travel as part of a smaller group. There are a few injuries and a some selections on form but at least half of the missing names are almost certainly about resting bodies with a busy year ahead. 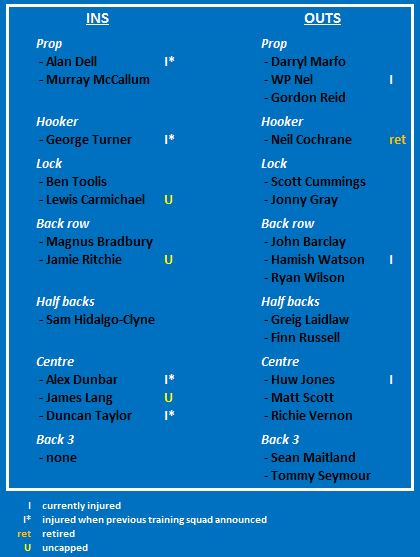