There are a whopping 40 names in Gregor Townsend’s selection for Scotland’s 4 tests coming up in November as the head coach takes a look at some possible bolters for RWC selection in less than a year’s time. Here’s the On Top Of The Moon summary of who’s in and who’s out since the initial selection for the Summer Tests.

Toony originally named a 33-man group for the matches in June against Canada, USA and Argentina. 12 of those players haven’t returned – half through injury – and there are 19 additions – 10 of them being men who are back from injury or who were rested over the summer.

There are also 3 players who were injury replacements or late additions to the Summer Tests’ squad who have not subsequently been retained:

Here’s the squad analysed by position (and in an best guess at Toony’s thinking, Depth Chart style…) 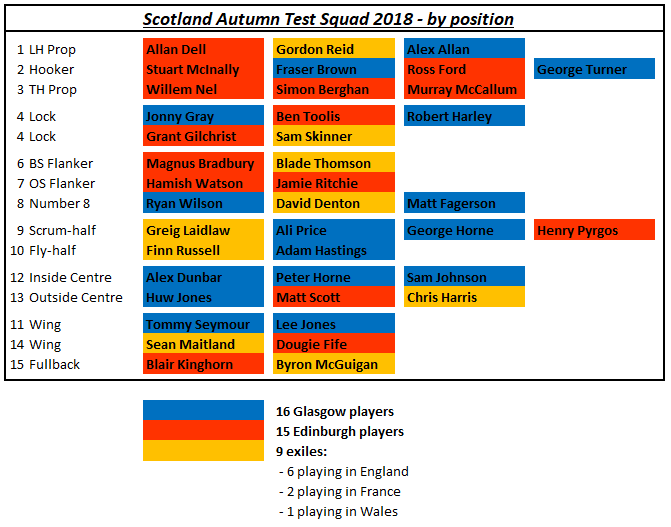 Picture credit to rugbypeople.net – a superb site covering all levels of Scottish rugby.