Injuries have had a major impact on Gregor Townsend’s selections for his Six Nations’ squad. Having picked 39 names originally a few weeks later that has increased to 42 and all the ins and outs mean no less than 54 players have been involved in the squad at some stage. Here’s the On Top Of The Moon summary of who’s in and who’s out since the initial announcement. 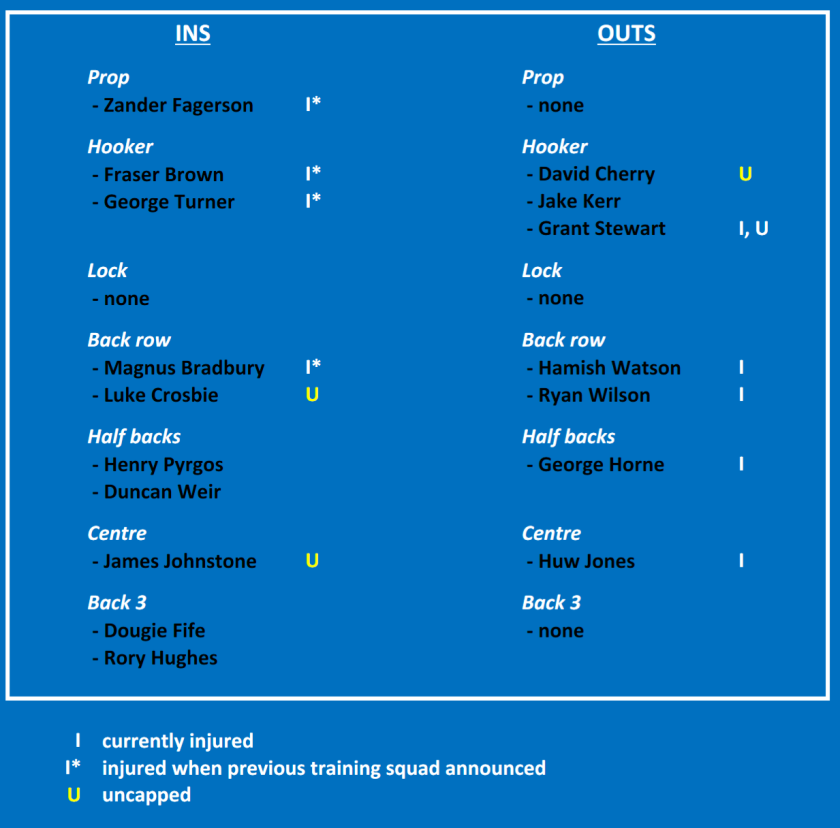 There were another 5 players who were added to the squad but who have already returned to their clubs:

The Scotland coaches certainly don’t have their troubles to seek when it comes to injuries and availability of players, in particular in the back row and at centre. Even among those listed in the current squad there are a number who are injured or carrying knocks. Of the available players there are a handful who have only featured in a single game so far following their own comebacks from extended periods on the sidelines.

Based on the 86 players selected by Gregor Townsend for his squads since he took over, here is the current injury profile: