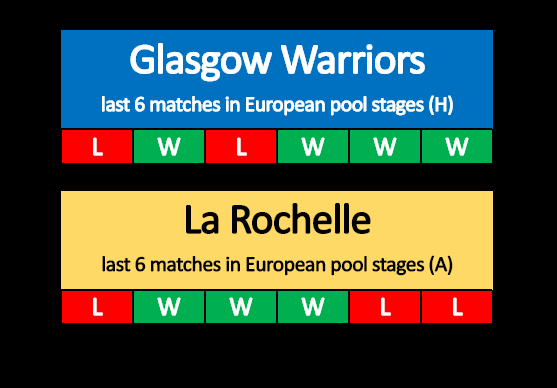 First start for Aki Seiuli. The loosehead prop has had a strong beginning to his Warriors’ career and this is a big opportunity to stake a claim to the number 1 jersey.

Warrior Centurion number 47 will arrive on Saturday evening in the sizable (but twinkle-toed) shape of Alex Allan. Since moving along the M8, Alex has become a regular in Glasgow’s matchday 23s, a Scotland international and now a centurion. Not bad for a player who only made 5 appearances in 2 seasons during his time with Edinburgh.

Sila Puafisi will take to the Scotstoun ‘turf’ for the first time since he replaced Zander Fagerson against Edinburgh in May 2017. There should be a warm welcome for the big man off the pitch. Hopefully, things are a bit less to his liking once he crosses the whitewash!

He’s only just returned from a six week post World Cup break but Jonny Gray has picked up where he left off for Glasgow last season and shown no signs of rust. In two games so far the lock has racked up 41 tackles (no misses, natch) and 28 carries. His average of 34.5 carries plus tackles per 80 minutes is 10 ahead of anyone else who has started a game for the Warriors during 2019/20.

That exceptional work rate and getting the dirty jobs done allows his second row partner, among others, to flourish in wider areas where they can do some damage. Currently that’s Scott Cummings who thrives on finding angles with his runs that really challenge defences. Is it just possible though that it could soon be Leone Nakarawa benefiting from the freedom being paired up with Jonny allows?

…against French sides in the pool stages of the European Cup:

4
The number of turnovers made by last week’s Warrior to Watch, Fraser Brown inside the Glasgow 22. There was a penalty won at the breakdown and an interception in the first half. That was followed up in the second period by a steal at a ruck a metre from his own line (which set up the field position for Niko Matawalu’s try 60 seconds later) and then another intercept tapped back to Callum Gibbins.

In fact, adding in George Turner’s thumping hit that forced a knock on, the Warriors’ hookers stuffed La Rochelle possession in the red zone at least 5 times and made a huge contribution to the victory.

15
Penalties conceded by Glasgow – the most they have coughed up in any game for more than a year (since September 2018 against Connacht). Ultimately La Rochelle weren’t able to take advantage thanks to some huge shifts in defence as well as a couple of lineout steals and a decent showing against the French side’s maul.

It’s not a stat Dave Rennie is likely to be too happy about seeing repeated though. Allowing La Rochelle easy field position or scoring opportunities too frequently is not a recipe for the win that Glasgow must get to keep their European dreams alive.

Remarkably it’s very nearly four years since Mr Barnes last refereed a game involving Glasgow. There have been regular encounters with him at international level though – he’s taken charge of five Scotland matches in the intervening period.

If both teams come to play Mr Barnes will certainly look to let the game flow. Get on his wrong side though and he won’t be slow on the whistle. Ryan Wilson, in particular, knows this all too well having been penalised 6 times and sin binned by the English official in a mad 48 minutes away to Australia in 2017. Maybe a good day for Ryan to have his sensible head on…