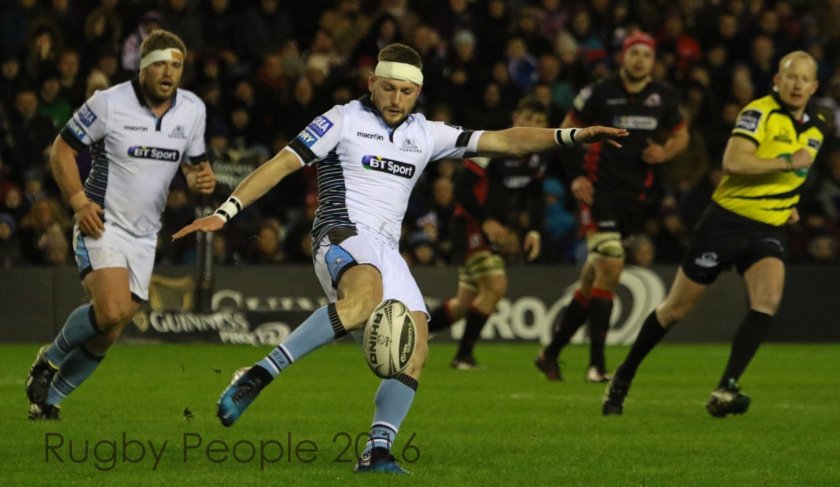 It’s time to get voting for the McCrea Financial Services Player of the Month for December – the deadline is 1pm on Friday 6th January. This is the last Warrior of the Month award for 2016 so here’s a quick reminder of the players who took home the previous awards along with On Top Of The Moon’s guide to December’s nominees.

Warrior of the Month December Nominees

It was all about grafting away during December for Alex. His consistent ability to get over the gain line, even in heavy traffic, put Glasgow on the front foot time and time again. He had to contend with a trio of former All Blacks in the games against Racing – by the time he was finished they really didn’t seem all that keen to tackle the big man from Dumfries! His importance to the structures of the Glasgow backline was also emphasised by his 26 tackles – most among the backs in the squad.

Key stat: 11.0 carries per 80 minutes
Perpetual nominee Jonny (he only missed out in November because he didn’t play any games for Glasgow) is noted for his tackling but he was also Glasgow’s go to carrying option around the fringes of the breakdown. His work rate to get into position over and over again is immense. He has some good support in carrying duties from Brian Alainu’uese (11.6 carries) and Sila Puafisi (10.6 carries) – but these players don’t play the same number of minutes as Jonny and don’t have to make 14.7 tackles per game like Gray Jr. does!

Key stats: 235 passes
235 passes in 205 minutes is a lot. Even more when you consider that ball in play would only have been around 50% of the wee man’s actual playing time. Then factor in that he’s only making passes when Glasgow have possession (average 51% for the games Ali played). So in fact when the Glasgow have the ball the East Stand Massive’s favourite player was averaging a pass every 13 seconds. This one of the reasons scrum halves can be hugely influential – particularly in terms of the pace of the game – and Ali has demonstrated with his speed to the breakdown and swiftness at getting the ball away that he really can play the Glasgow way.

Key stat: 13 defenders beaten
In 4 seasons of tracking Glasgow player stats OTOTM has never recorded a Warrior beating 10 defenders in a single game. Not Hoggy; not Tommy; not the unstoppable force of nature that was Taqele Naiyaravoro; not even the sainted DTH (hallowed be his name). That’s just what Finn managed to do against the pensioners of Racing 92 though, ripping up the French champions’ defence and dancing his way through time after time. He was also channelling his inner Fijian, making the most offloads of any Warrior in December and matching Tommy Seymour and Stuart Hogg at the top of the pile for clean breaks in what was at times an attacking masterclass.

Key stat: 51 tackles made
Tim is the kind of player who just quietly goes about his business, doing the donkey work and the unglamorous chores. His tackle count actually made him the squad’s top tackler overall in December. With a 93% completion rate he didn’t miss many, including an outstanding 16 made and 0 missed against Treviso when he had to take on the lead role in defensive duties in the absence of Jonny Gray. Add in Tim’s 30 carries during this period and it’s clear that Glasgow can field a second row pairing who will quite simply outwork almost anyone they come up against.

WARRIOR OF THE MONTH | Is Tim Swinson your @McCreaFS Warrior of the Month for December? Vote here 👉 https://t.co/3m6YMJ7aN8 pic.twitter.com/GPnqFdSJxa

Previous nominations and wins: OTOTM has tried to collate all the available information on Player of the Month, with nominations starting in the 2011/12 season and the inaugural award itself dating back to 2005/06 (it was an open vote in the first 6 seasons with all players eligible). There are a small number of months where the nominees or winners just don’t appear anywhere on the internet though. If anyone has a source that would allow the list to be completed OTOTM would be delighted to hear from you!