They said it couldn’t be done but here it is – the return of 7 Surprising Stats! Now 75% less surprising…

The 92 tries scored in the 2016/17 campaign were the highest ever total for Glasgow in a single season.

In 5 seasons Gregor Townsend used 116 different players. 81 of them made their first Warriors appearance under Toony. 30 of those debutants came through the Scottish Rugby Academy (or Elite Development Programme) with 25 getting game time while still on SRA or EDP contracts.

25 Warriors made their Scotland debut between 2012 and 2017 with 14 of them (so far) being players who debuted for Glasgow under Toony. 6 more players were capped for Scotland 7s. 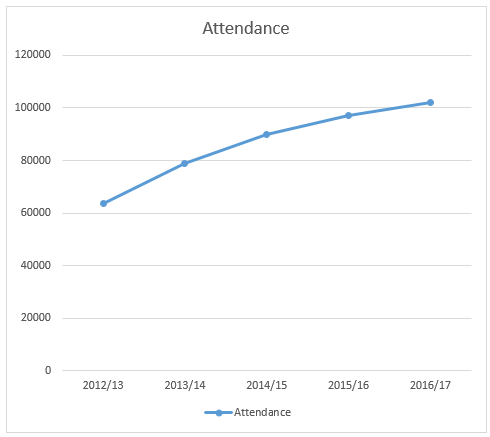 Crowd numbers increased by 68% from the last season before the Toony revolution kicked off.

Toony’s winning percentage was higher than any other Glasgow coach and more than 20% higher than the club’s average across the rest of its history. He was way out in front for tries scored and the only head coach whose sides scored more tries than they conceded.

Nobody in the Pro 12 scored more tries than Glasgow during the 5 years of Toony’s reign. Up until the end of the 2016 season the Warriors were out in front in almost every category of the aggregate table but a drop off in 2016/17 allied to a storming regular season for Leinster saw the Irish side move to the top of the pile.

Unquestionably Scarlets were the bogey team of the Townsend era – but relative to their normal finishing position Edinburgh weren’t far behind.