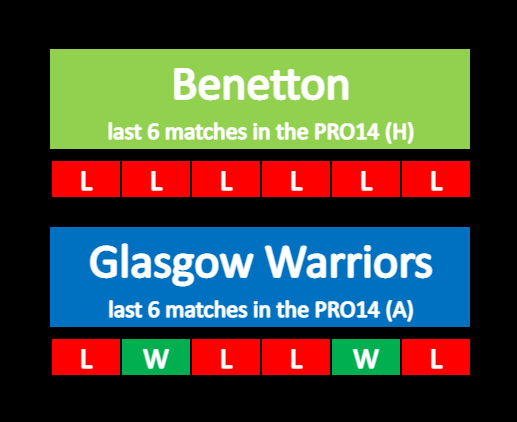 Debuts in the offing for loosehead prop Tom Lambert and newly converted from the dark side back row Rory Darge. Kyle Steyn is back in action more than a year after his last game for the Warriors.

As is now traditional when Glasgow come up against Warrior number 263, Leonardo Sarto, let’s throwback to the time he engaged beast mode against Munster at Scotstoun! If Leo hadn’t had to deal with two major shoulder injuries he could have had 40 or 50 tries for Glasgow under his belt by now and be on his way to becoming a club legend.

George Turner is an absolute beast for hard graft. Across the 2019/20 season he averaged 31.3 carries + tackle attempts per 80 minutes. Among the Glasgow squad that figure was only topped by Jonny Gray on 31.6 – a man whose freakish work rate is well known to Warriors, Scotland and now (sadly) Exeter fans.

During the Six Nations, George demonstrated many of the qualities he has embodied since breaking through with the Warriors. He’s outstanding in the loose (eg his carry and pass for Duhan van der Merwe’s try v England). He hits like a cement truck (eg being one of the few Scots to stop CJ Stander in his tracks against Ireland). He loves a scrap for the ball on the floor (eg any number of rucks throughout the championship).

Glasgow away to Benetton in the PRO12/14 era:

Sig. Mitrea is making his 100th appearance in the PRO14 and joining fellow centurions, Nigel Owens and George Clancy. Surprisingly given he is one of the league’s most experienced officials, it has been more than two years since the Italian official took charge of a Warriors’ game. It was a good one though as Glasgow managed a rare victory in Dublin against Leinster.

That match featured possibly the best performance of the 2019/20 season. With a strong side selected, Danny Wilson will be looking for one of the high points of the 2020/21 campaign on Saturday afternoon.