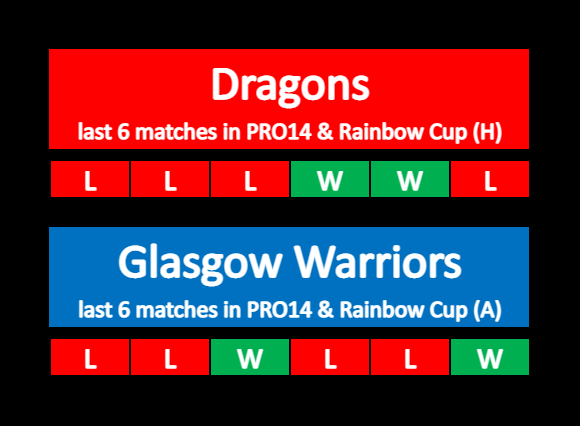 This will be the first time for Warriors’ fans to see the Fagerson brothers together in the same lineup for the club since January. Zander and Matt have been united in the Glasgow 23 on five occasions this season – one less than their six games together for Scotland during 2020/21.

In all, this will be 40th time they have played in the same match for the Warriors and their 30th time starting together. Only the Bullochs (66) and the Evans (32) have more fixtures where both brothers have started for the club.

It would be hard to overstate how much Glasgow missed Kyle Steyn during his extended injury absence. There’s a reasonable argument to be made that from the point he burst into the lineup in February 2019 (making himself an indispensable part of the side that stormed to the PRO14 final) and through the abbreviated 2019/20 campaign that he was the Warriors’ best player.

A remarkably consistent attacking threat, whether playing at centre or on the wing, last season, among other stats, he had the most clean breaks plus defenders beaten and highest metres per carry of any Glasgow player.

Since returning from injury he’s shown up well with his energy and enthusiasm, particularly around his work on attacking and defending kicks. Kyle is a player with enough strength to force his way through tackles but equally has the elusiveness to evade defenders completely. He will be one of the key factors in the Warriors’ attack on Saturday evening.

Glasgow away to Dragons in the PRO12/14 era:

Mr Busby is back for just his second ever Glasgow game. His first came when the Warriors took on the Dragons earlier this season at Scotstoun. Unfortunately that’s one of the games that’s on the list that we don’t talk about…

Taking the briefest possible look backwards – Glasgow lost the penalty count 10-12 to their opponents but won the card count with two Dragons being sent to the sin bin while Lee Jones was the only Warrior sent to the naughty step.

Glasgow are on course to set some unwanted records with their discipline this season. With a deadeye kicker like Sam Davies on the other side, giving away soft penalties really isn’t an option if Danny Wilson’s men want to keep their Rainbow Cup campaign alive.